Jermina, Norway’s most photographed cow with the special horns 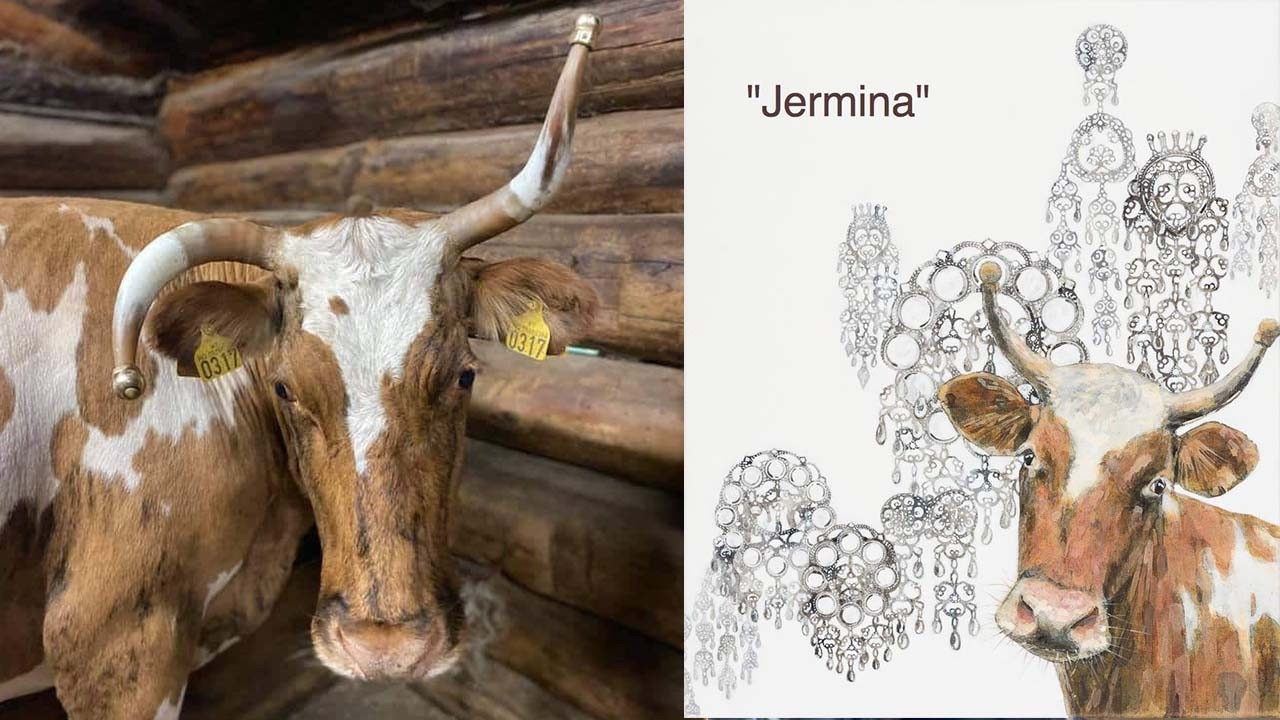 The queen of the barn has changed a bit since the time you painted her, says farmer Anne Ragnhild Korsvold Saglien. Over the years, the horns have changed gradually, and one is now pointing more and more downwards. The same thing happened with the mother and grandmother as well. Maybe it happens more often with dølafe than with other breeds? 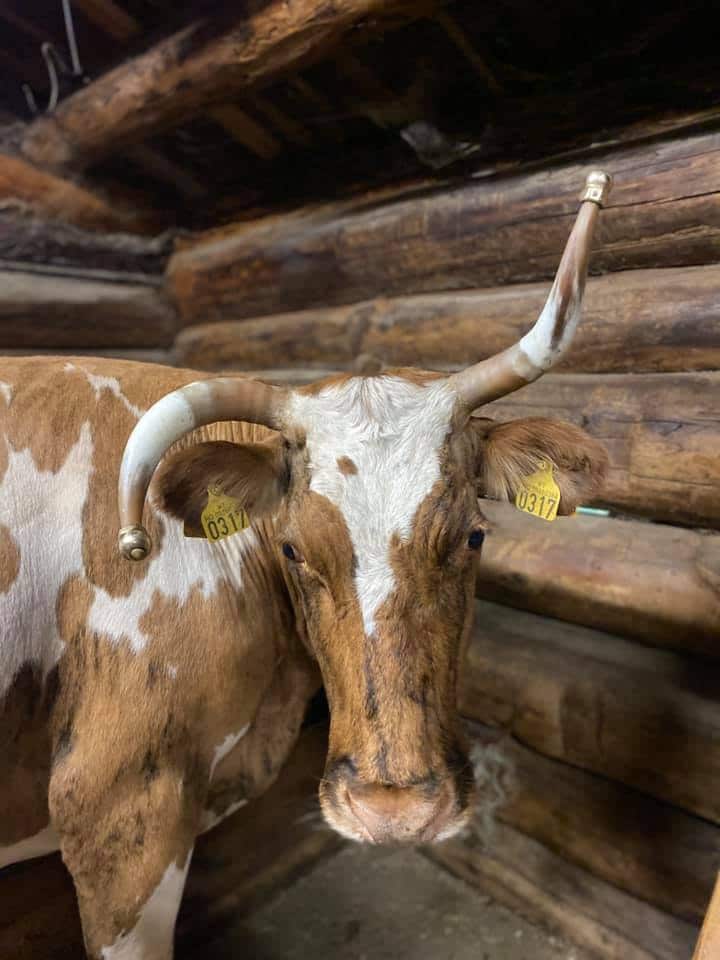 Dølafe is a traditional Norwegian cattle breed from Gudbrandsdalen, Østerdalen and Hedmark. It is frugal, and does well on mountain pastures. In step with industrial agriculture, where each animal should give us unrealistic amounts of meat and milk, the dølafe was outcompeted by "more efficient" breeds. It's such a shame! Today, the breed is considered endangered.

I want to move away from a crude exploitation of animals, where we through breeding and feeding no longer focus on the healthy and normal. The government's policy of increasing the import of concentrates and collecting milk production in a small number of industrial barns without grazing opportunities is cruel, I think.

A cow must produce unrealistic amounts of milk

Imagine that we force animals to live in large halls, so-called industrial barns. They are never allowed to go out, eat grass in the fields or feel the sun, rain and wind.

This is because it has to be effective. Our authorities stand for an unparalleled greed policy. Each cow must give at least 8000 liters of milk a year. They are fed with soy from Brazil to get enough concentrate so we can squeeze out the extra liters. The old cow breeds usually give less than 5000 liters. On the other hand, they manage with less concentrate, and they are frugal in their diet.

Jermina was among the lucky ones. Farmer Anne Ragnhild opted for the old cow breeds. Jermina did not have to live in confinement. Every summer she had the pleasure of getting out on the meadows. Now she can go out on the fields and eat grass in the summer.

The generations before us would have been proud if we moved away from greed and exploitation (often reformulated as "efficiency"), to more natural interaction with domestic animals.

Thanks to Anne Ragnhild Korsvold Saglien for taking care of these cows, if you liked this article you might also like this one: When my cat disappeared 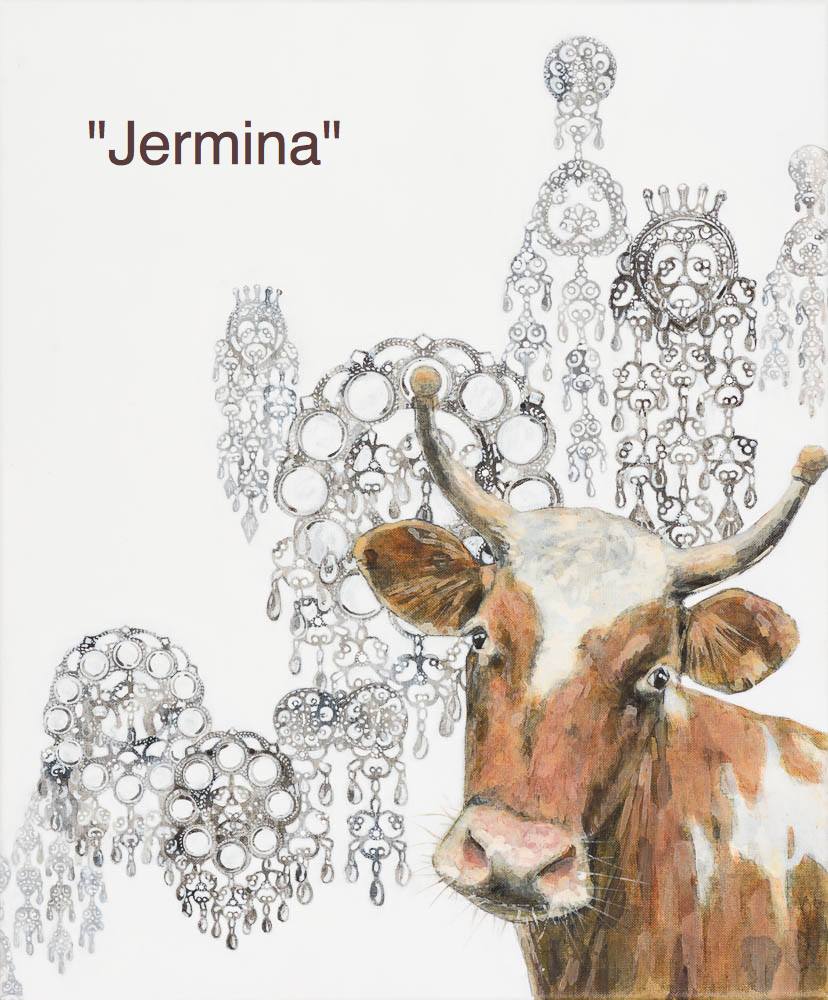 The beautiful painting by Jermina was made by Sissel Endresen. She is concerned about our endangered species, species diversity and the environment. Sissel has made many beautiful animal pictures, see here